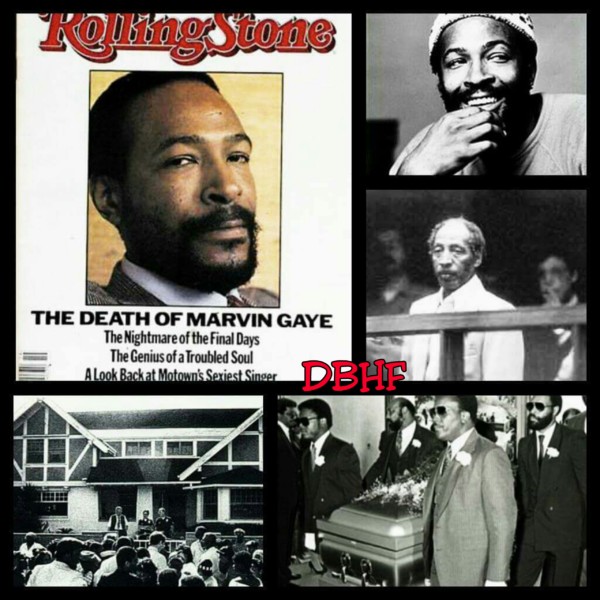 Superstar soul singer Marvin Gaye, an artist who had defined the Motown sound of the 1960s and 1970s, was fatally shot by his father, Marvin Gay, Sr. at their house at 2101 South Gramercy Place in Western Heights in the West Adams district of Los Angeles.

Gaye was shot twice following an altercation with his father after he intervened in an argument between his father and mother Alberta. The wounds were fatal and he was pronounced dead on arrival at the California Hospital Medical Center. Gaye’s death inspired several musical tributes over the years including recollections of the incidents leading to his death.

Read about the reactions and his legacy at: Daily Black History Facts