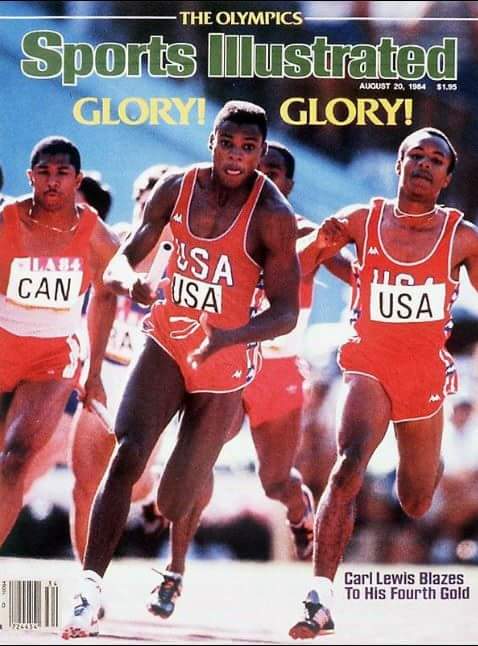 Carl Lewis won his 4th gold medal at the 1984 Summer Olympic Games with a record performance in the men’s 4×100-meter relay at the Coliseum in Los Angeles, California.

Lewis completed the final 100 meters in 8.94 seconds, as the team set a world record by finishing in 37.83 seconds. He accomplished his goal of matching Jesse Owens’ record of four golds in one Olympics set at Berlin in 1936.