​August 5, 1864: During The Battle Of Mobile Bay, John Lawson Is Injured 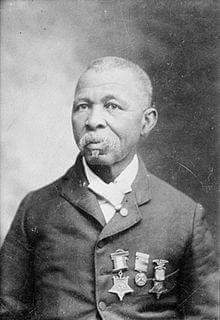 While serving as a member of USS Hartford’s berth deck ammunition party, John Lawson was seriously wounded after a shell hit him in the leg and killed or wounded the rest of his crew. Despite his wounds, he remained at his post and continued to supply the Hartford’s guns. Lawson was 1 of 12 men who received the Medal of Honor for heroism that day.

John Lawson was a United States Navy sailor who received the Medal of Honor for his actions during the American Civil War.