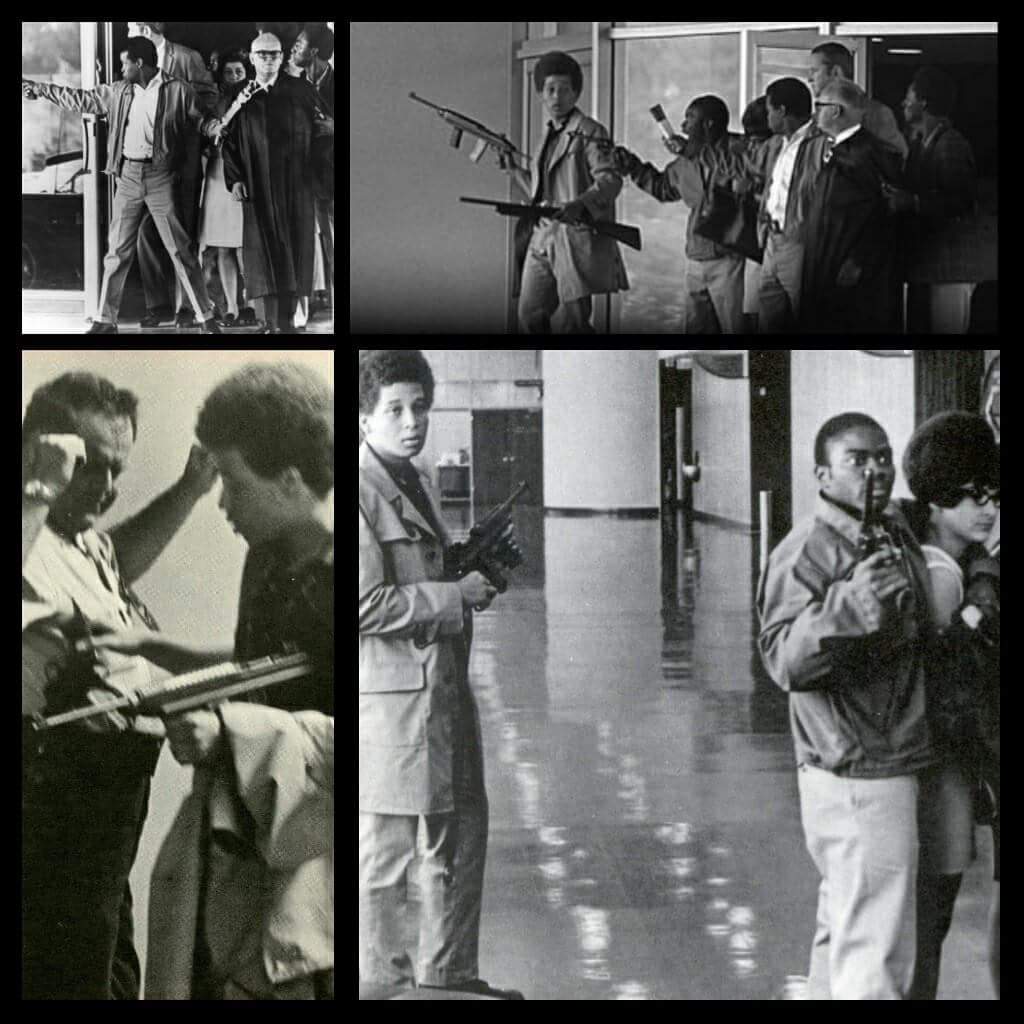 The event received intense media coverage, as did the subsequent manhunt and trial of Angela Davis, an ousted assistant professor from UCLA who owned some of the weapons used in the breakout.

COURTHOUSE SHOOTOUT: On August 7, 1970, Jonathan Jackson brought three guns registered to political activist and former UCLA professor Angela Davis into the Marin County Hall of Justice, where Judge Haley was presiding over the trial of San Quentin inmate James McClain, who was accused of stabbing a prison guard while serving a sentence for burglary.

Jackson sat among the spectators for a few minutes before opening his satchel, drawing a pistol and throwing it to McClain. He then produced a carbine from his raincoat as McClain held the pistol against Judge Haley’s head. Jackson was reported as saying “Freeze. Just Freeze. We don’t intend to hurt anybody.” He then told court officials, attorneys and jurors to lie on the floor while another San Quentin inmate, Ruchell Magee, who was to have witnessed at McClain’s trial, went to free three other testifying prisoners from their holding cell. A couple with a baby was also ordered into Judge Haley’s chambers.

After being freed by McGee, a fourth man, William A. Christmas joined the other three kidnappers. Haley was forced at gunpoint to call the sheriff Louis P. Montarnos, in the hopes of convincing the police to refrain from intervening. Road flares, which were used to simulate sticks of dynamite, were held against his neck before being replaced with a sawed-off shotgun which was fastened under his chin with adhesive tape.

The kidnappers, after some debate, then secured four other hostages whom they bound with piano wire: Deputy District Attorney Gary Thomas and jurors Maria Elena Graham, Doris Whitmer, and Joyce Rodoni. The four kidnappers and five hostages then moved into the corridor of the courthouse, which at this point had become crowded with responding police who had been summoned by bailiff. No action was taken against them at this point.

Around this time, Jim Kean, a photographer for the San Rafael Independent Journal arrived at the building after he had heard news of the incident from police radio in his car. He stepped off an elevator directly adjacent to the hostages and kidnappers, and was reportedly told by one of them “You take all the pictures you want. We are the revolutionaries.” Kean and his colleague Roger Bockrath took a series of photographs of the group, apparently after some brief discussion as to whether the two journalists should be added to the ranks of the hostages.

The group then entered the elevator, informing the police that “[they wanted] the Soledad brothers freed by 12:30 today.” Upon exiting the building there was a brief burst of gunfire, which one of the female hostages claimed was initiated by the police with the kidnappers returning fire. The kidnappers then forced the hostages into a rented Ford panel truck, which they began to drive towards an exit leading to the U.S. 101 freeway.
According to Black Panther party member, Kiilu Nyasha, “The plan was to use the hostages to take over a radio station and broadcast the racist, murderous prison conditions and demand the immediate release of the Soledad Brothers.”

The police had set up a road block outside of the civic center in anticipation of the group, and according to the majority of eyewitnesses, began to open fire on the van. A shootout resulted, in which Jackson, McClain and Christmas were killed and McGee was seriously injured. Haley was also slain from the discharge of the shotgun. Thomas was seriously wounded in his back, leaving him wheelchair bound, and Graham suffered a wound to her arm.