​August 7, 2005: Fritz Pollard Is Posthumously Inducted Into The Pro-Football Hall Of Fame. 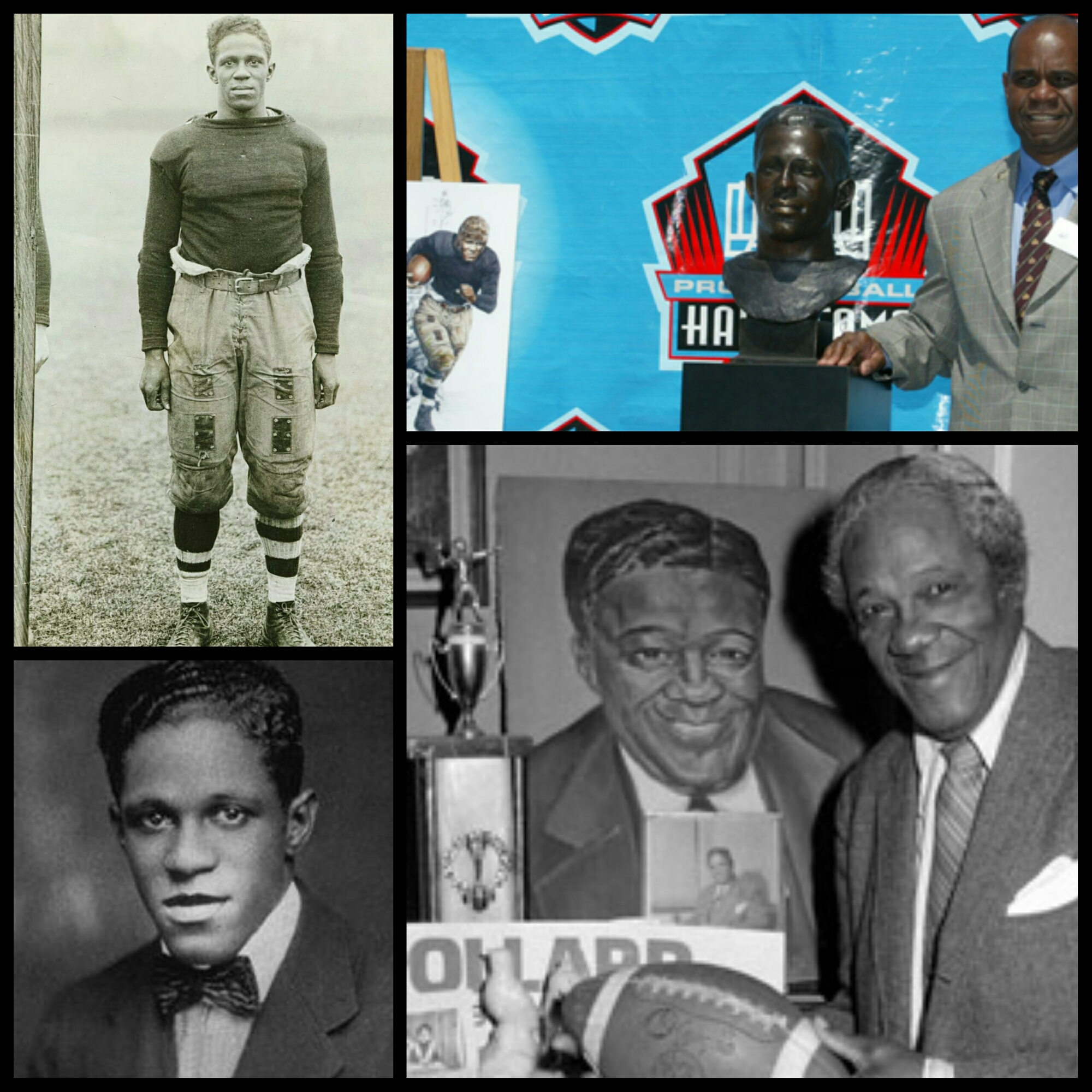 The grandsons of Fritz Pollard, Dr Steven Towns and Fritz Pollard III were the representatives for the football pioneer at the Pro-Football Hall Of Fame ceremony.

Sportswriter Walter Camp ranked Pollard as “one of the greatest runners these eyes have ever seen.”

After football, Pollard published the 1st black-owned newspaper in New York City, the New York Independent News, from 1935 to 1942.

?Fritz  appears as a free agent in Madden NFL 09 and Madden NFL 10 and is also a part of the game’s Hall of Fame feature.

?The Fritz Pollard Alliance, a group promoting minority hiring throughout the NFL, is named for Pollard.

?Brown University and the Black Coaches & Administrators co-sponsor the annual Fritz Pollard Award, which is presented to the college or professional coach chosen by the BCA as coach of the year.

?In 2015, Pollard was posthumously inducted into the Rose Bowl Hall of Fame.