0 Posted by Carletta Denise - December 16, 2016 - Black First, BLACK MEN, BLACK POLITICS, BLACKS IN THE MILITARY, DID YOU KNOW, FROM THE WORLD, LATEST POSTS, Looking Black On Today, Missing From Textbooks, POLITICS, Quite As Kept, Racism 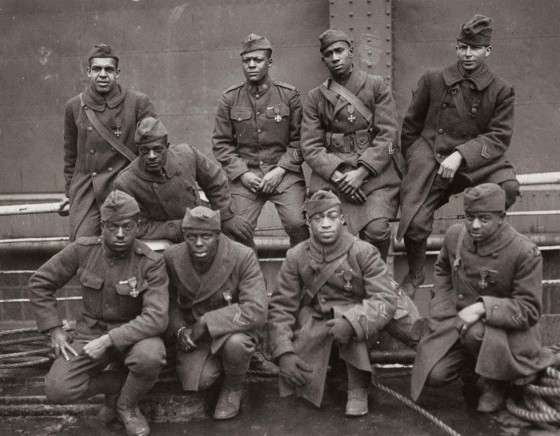 The French government awarded the 369th Infrantry regiment (known as the Harlem Hellfighters) the Croix de Guerre with silver star for the taking of Séchault. It was pinned to the colors by General Lebouc at a ceremony in Germany.

The regiment was nicknamed the Harlem Hellfighters and the Black Rattlers, in addition to several other nicknames. One of these nicknames they gave themselves, which was “Men of Bronze”.

Read about their legacy at: Daily Black History Facts