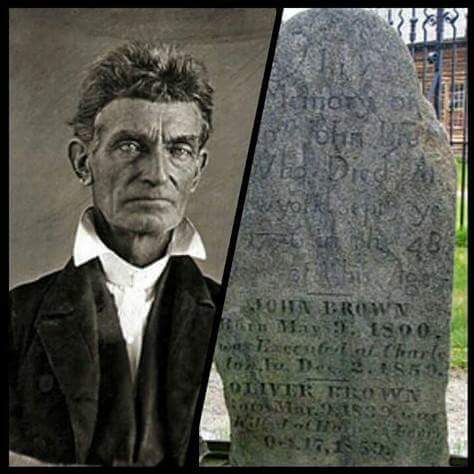 John Brown was a white American abolitionist who believed armed insurrection was the only way to overthrow the institution of slavery in the United States. During the 1856 conflict in Kansas, Brown commanded forces at the Battle of Black Jack and the Battle of Osawatomie. Brown’s followers also killed five pro-slavery supporters at Pottawatomie.

In 1859, Brown led an unsuccessful raid on the federal armory at Harpers Ferry that ended with his capture. Brown’s trial resulted in his conviction and a sentence of death by hanging.

Brown’s attempt in 1859 to start a liberation movement among enslaved African Americans in Harpers Ferry, Virginia, electrified the nation. He was tried for treason against the Commonwealth of Virginia, the murder of five men and inciting a slave insurrection. He was found guilty on all counts and was hanged. Southerners alleged that his rebellion was the tip of the abolitionist iceberg and represented the wishes of the Republican Party to end slavery. Historians agree that the Harpers Ferry raid in 1859 escalated tensions that, a year later, led to secession and the American Civil War.

Brown first gained attention when he led small groups of volunteers during the Bleeding Kansas crisis. Unlike most other Northerners, who advocated peaceful resistance to the pro-slavery faction, Brown believed that peaceful resistance was shown to be ineffective and that the only way to defeat the oppressive system of slavery was through violent insurrection. He believed he was the instrument of God’s wrath in punishing men for the sin of owning slaves.

Read more about his last day and legacy at: Daily Black History Factd