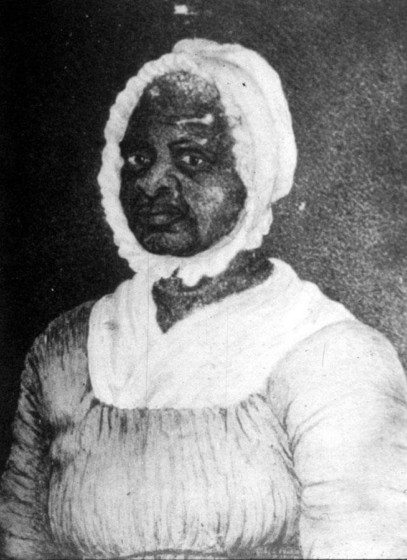 Freeman’s real age was never known, but an estimate on her tombstone puts her age at about 85. She was buried in the Sedgwick family plot in Stockbridge, Massachusetts.

Freeman was among the first black slaves in Massachusetts to file a “freedom suit” and win in court under the 1780 constitution, with a ruling that slavery was illegal. Her county court case, Brom and Bett v. Ashley, decided in August 1781, was cited as a precedent in the Massachusetts Supreme Judicial Court appeal review of Quock Walker’s “freedom suit”. When the state Supreme Court upheld Walker’s freedom under the constitution, the ruling was considered to have informally ended slavery in the state.

“Any time, any time while I was a slave, if one minute’s freedom had been offered to me, and I had been told I must die at the end of that minute, I would have taken it—just to stand one minute on God’s airth a free woman— I would.”—Elizabeth Freeman

Read about her life & trials at: Daily Black History Facts