​December 9, 2008: Thurman Thomas Is Inducted Into The CFB HOF 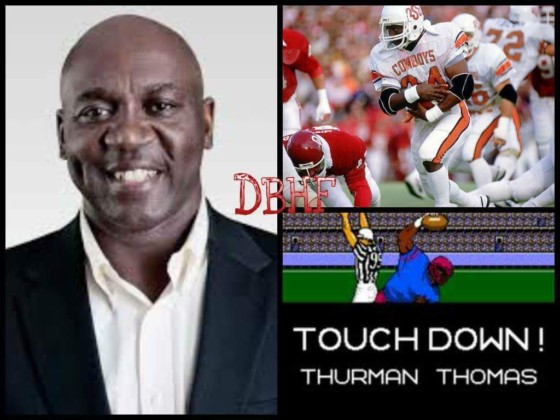 The Big Eight’s leading rusher and scorer in 1985 & 1987 and a two-time First Team All-America, Thurman Thomas was enshrined in the College Football Hall of Fame.

Thurman Lee Thomas is a former college and professional football player who was a running back who spent most of his NFL career with the Buffalo Bills.

Thomas was an important part of the Bills “no-huddle offense” that won 4 consecutive AFC championships, but the Bills fell in the Super Bowl every year.

Read more about his influence on pop culture at: Daily Black History Facts