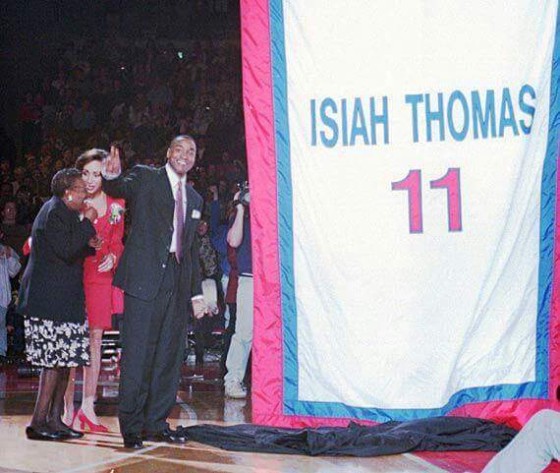 In a pre-game ceremony at the Palace of Auburn Hills, the Detroit Pistons retired the No. 11 jersey of Isiah Thomas, who appeared in 979 regular-season and 111 playoff games with the team in 13 seasons.

Thomas, a 12-time all-star, helped lead the Pistons to back-to-back NBA Championships in 1989 and 1990, being named the NBA Finals MVP in ’90 when Detroit defeated Portland in five games.