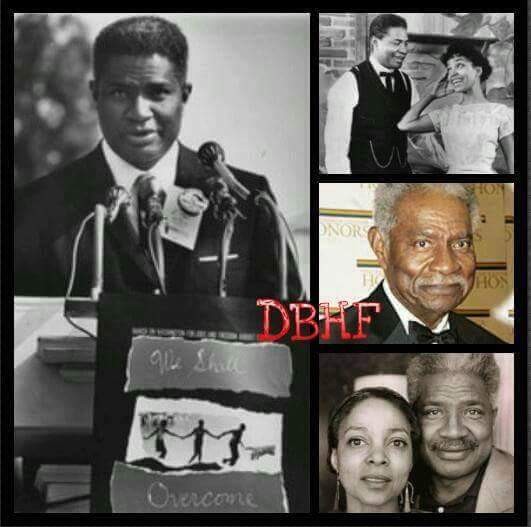 Ossie Davis was found dead in a Miami, Florida, hotel room. An official cause of death was not released, but he had heart problems. He died a year after his mother, who died a month before her 106th birthday.

In 1948, Davis married actress Ruby Dee. In their joint autobiography With Ossie and Ruby, they described their decision to have an open marriage (later changing their minds). In the mid 1960s they moved to the New York suburb of New Rochelle where they remained ever after. His son Guy Davis is a blues musician and former actor, who appeared in the film Beat Street and the daytime soap opera One Life to Live. Their daughters are Nora Davis Day and Hasna Muhammad.

They were well known as civil rights activists, and were close personal friends of Malcolm X, Jesse Jackson, Martin Luther King, Jr. and other icons of the era. Davis and Dee’s deep involvement in the movement is characterized by how instrumental they were in organizing the 1963 civil rights March on Washington for Jobs and Freedom, even to the point of serving as emcee.

Davis, alongside Ahmed Osman, delivered the eulogy at the funeral of Malcolm X. He re-read part of this eulogy at the end of Spike Lee’s film Malcolm X. He also delivered a stirring tribute to Dr. Martin Luther King Jr, at a memorial in New York’s Central Park the day after King was assassinated in Memphis, Tennessee.

Read about his honors & legacy at: Daily Black History Facts