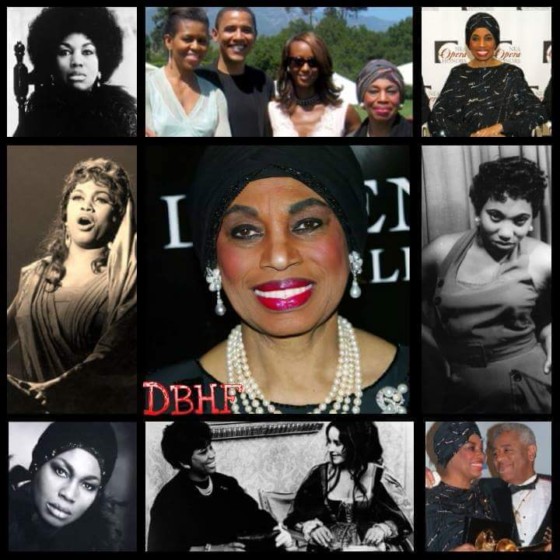 Mary Violet Leontyne Price is a retired soprano. Price was born and raised in Laurel, Mississippi, she rose to international acclaim in the 1950s and 1960s, and was one of the first African Americans to become a leading artist at the Metropolitan Opera.

One critic characterized Price’s voice as “vibrant”, “soaring” and “a Price beyond pearls”, as well as “genuinely buttery, carefully produced but firmly under control”, with phrases that “took on a seductive sinuousness.”

Time magazine called her voice “Rich, supple and shining, it was in its prime capable of effortlessly soaring from a smoky mezzo to the pure soprano gold of a perfectly spun high C.”

A lirico spinto (Italian for “pushed lyric”) soprano, she was considered especially well suited to the roles of Giuseppe Verdi and Giacomo Puccini, as well as several in operas by Wolfgang Amadeus Mozart.

After her retirement from the opera stage in 1985, she continued to appear in recitals and orchestral concerts for another 12 years.