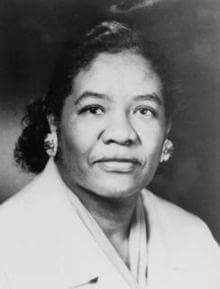 Dr. Dorothy Lavinia Brown, also known as “Dr. D.”, was a surgeon and teacher. She was the 1st female surgeon of African-American ancestry from the Southeastern United States.

She was also the 1st african american to serve in the Tennessee General Assembly having been elected to the Tennessee House of Representatives.

●In 1959, she became the third woman to become a Fellow of the American College of Surgeons.

●In 1971, the Dorothy L. Brown Women’s Residence at Meharry Medical College, Nashville, was named after her.

●In particular, she received her honorary degrees in the Humanities from Bennett College and Cumberland University.

●Brown was a member of the board of trustees at Bennett College and of the Delta Sigma Theta sorority. She participated as a speaker on panels that discussed scientific, religious, medical, and political issues.