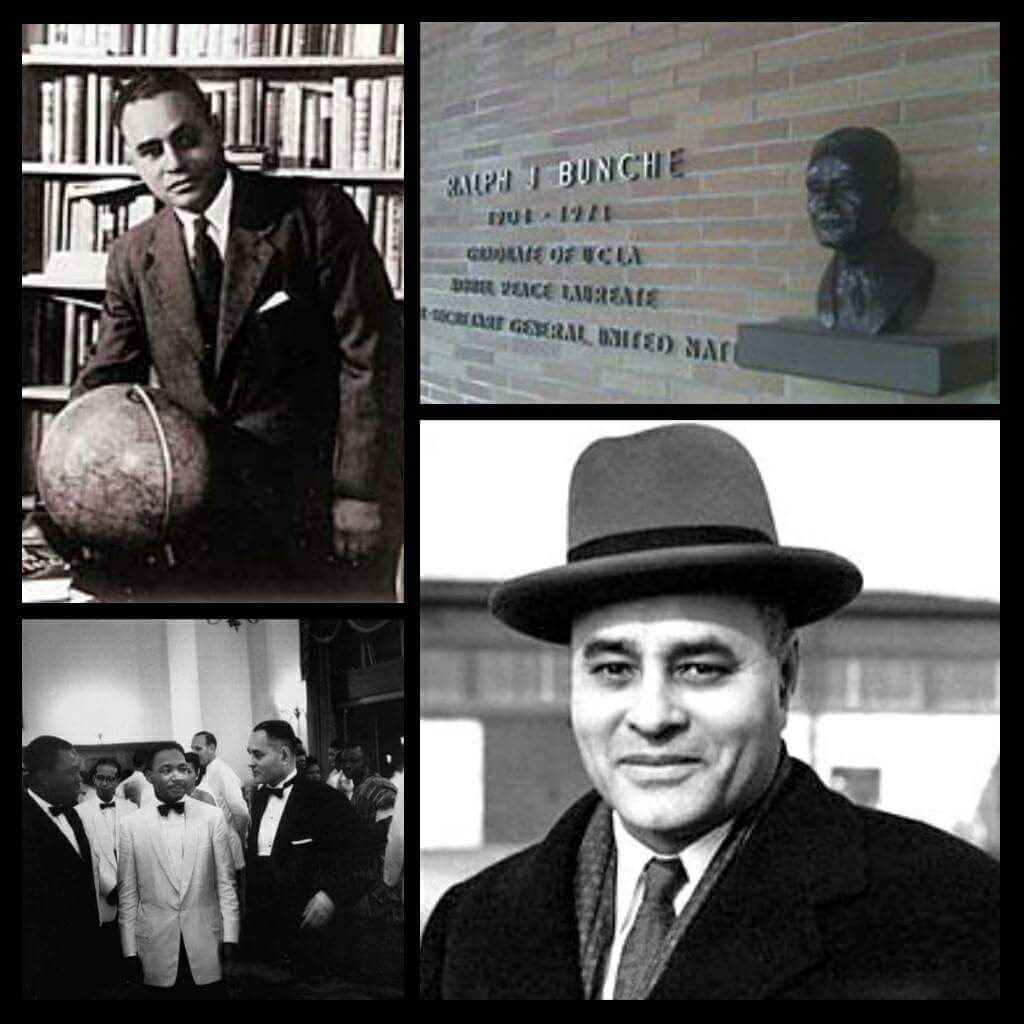 Dr .Ralph J. Bunche was a political scientist, academic, and diplomat who received the 1950 Nobel Peace Prize for his late 1940s mediation in Palestine.

He was the 1st African American and person of color to be so honored in the history of the prize.

He was involved in the formation and administration of the United Nations and in 1963, was awarded the Medal of Freedom by President John F. Kennedy.

For more than two decades, Bunche served as chair of the Department of Political Science at Howard University (1928 to 1950), where he also taught generations of students. He served as a member of the Board of Overseers of his alma mater, Harvard University (1960–1965), as a member of the board of the Institute of International Education, and as a trustee of Oberlin College,Lincoln University, and New Lincoln School.