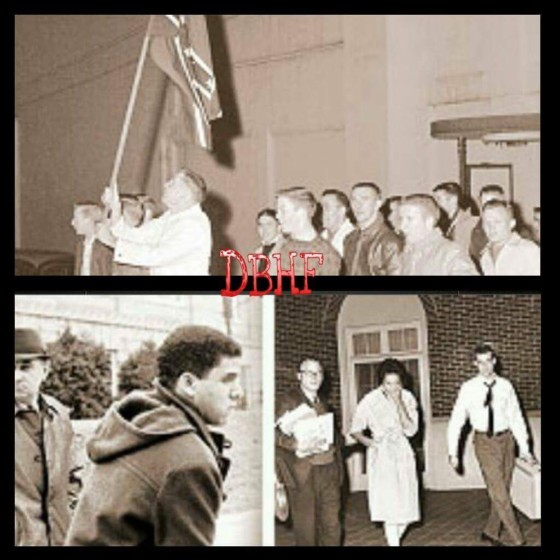 Hamilton Holmes and Charlayne Hunter attend their first classes without incident at UGA after registering for classes two days earlier. But that night, after UGA suffers an overtime loss in a basketball game against Georgia Tech, a mob descends on Myers Hall, where Hunter had been assigned ground floor rooms.

The crowd hurls bricks and bottles, shattering windows—including Hunter’s—before being dispersed by Athens police using tear gas and aided by Dean of Men William Tate, who wades into the throng demanding student IDs.

Later that night, Hunter and Holmes (who lived off campus and had been unaware of what was occurring) are escorted back to Atlanta by state troopers. They are subsequently informed by Dean of Students J.A. Williams that he is withdrawing them from the University in the interest of their safety “and for the safety and welfare of more than 7,000 other students.”