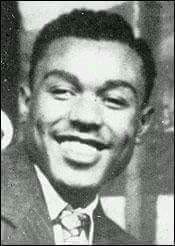 24 year old Willie Edwards is murdered by members of the Alabama Ku Klux Klan. He is buried at New Pleasant Valley Cemetery in Letohatchee, Alabama.His KNOWN MURDERERS have NEVER BEEN CONVICTED.

Edwards was kidnapped & beaten by the Klansmen in a car as they drove him around the city. Then they stopped at a bridge along the Alabama River and pointed a gun at Edwards, before commanding him to jump off the bridge. He fell 125 feet to his death.

3 months passed before his body was discovered washed up on the shores of the river. Officials stated that decomposition made it impossible to determine the cause of his death.

NIGHT BEFORE THE MURDER: On the night of January 22, 1957, a small group of Klansmen gathered, armed with pistols and a rifle. They got into a car to look for Willie Edwards, who was recently hired as a driver for Winn-Dixie. Willie had come home from work and an hour later got a call from his boss asking to come back in because one of the other workers had called in sick.

As they sat in the car they saw Edwards show up to work thinking that he was the Black that had been sleeping with a white woman. Edwards left to go to work on the afternoon of January 23, never to return home.

Read about the murder & aftermath at: Daily Black History Facts