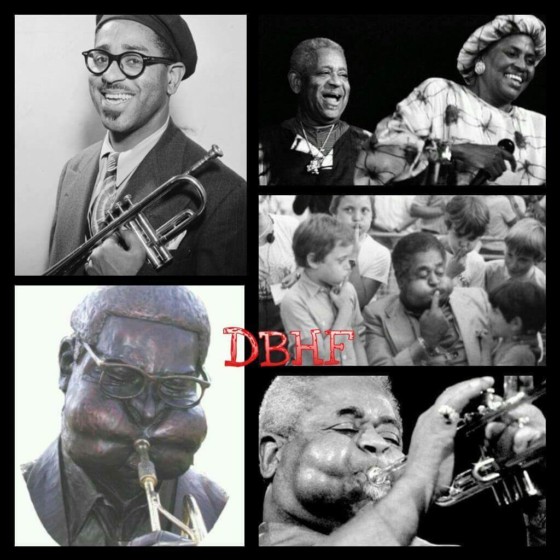 Gillespie died of pancreatic cancer in Englewood, NJ, where he was a longtime resident. He was 75 yrs old.

Gillespie was a trumpet virtuoso and improviser, building on the virtuoso style of Roy Eldridge but adding layers of harmonic complexity previously unknown in jazz. His beret and horn-rimmed spectacles, his scat singing, his bent horn, pouched cheeks and his light-hearted personality were essential in popularizing bebop.

In the 1940s Gillespie, together with Charlie Parker, became a major figure in the development of bebop and modern jazz.

Read about his funeral & legacy at: Daily Black History Facts