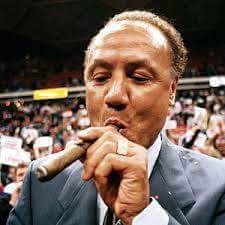 Wilkens reached the victory record in his 22nd year as an NBA coach, including four as a player-coach.

In tribute to Auerbach, Wilkens puffed on a post game victory cigar.