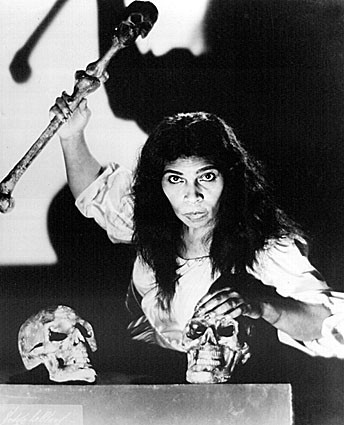 This performance as Ulrica in Giuseppe Verdi’s Un ballo in maschera at the Met was the only time she sang an opera role on stage.

Marian Anderson was a contralto and one of the most celebrated singers of the twentieth century. Music critic Alan Blyth said “Her voice was a rich, vibrant contralto of intrinsic beauty.” Most of her singing career was spent performing in concert and recital in major music venues and with famous orchestras throughout the United States and Europe between 1925 and 1965.

Although offered roles with many important European opera companies, Anderson declined, as she had no training in acting. She preferred to perform in concert and recital only. She did, however, perform opera arias within her concerts and recitals. She made many recordings that reflected her broad performance repertoire of everything from concert literature to lieder to opera to traditional American songs and spirituals.

Anderson became an important figure in the struggle for black artists to overcome racial prejudice in the United States during the mid-twentieth century. In 1939, the Daughters of the American Revolution (DAR) refused permission for Anderson to sing to an integrated audience in Constitution Hall. The incident placed Anderson into the spotlight of the international community on a level unusual for a classical musician.