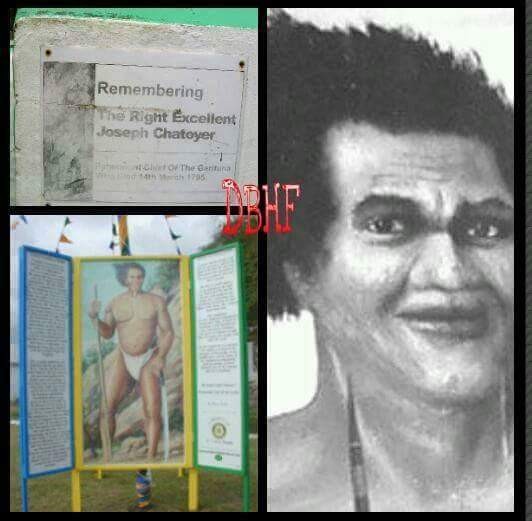 On the night of March 14th, a battalion of British soldiers led by General Ralph Abercromby, marched toward Dorsetshire Hill. That night, Chatoyer was killed by Major Alexander Leith. Though the rebellion continued until June 1796, Chatoyer’s death led to the desertion of the French supporters and turned the tide of the war.

As a national hero of Saint Vincent and the Grenadines, a monument to him stands on Dorsetshire Hill, where he died. A play based on his life, The Drama of King Shotaway, was the first play written by an African-American.

For two centuries, the indigenous Carib population of the island succeeded in resisting European attempts at colonization by retreating to the mountainous, densely forested interior of the island. They were there joined by runaway African slaves, forming a unique new culture which combined elements of African and Amerindian heritage.

By the 1770s, both Britain and France had made inroads on Saint Vincent. In 1772, the native population rebelled. Led by Chatoyer, the First Carib War forced the British to sign a treaty with them—it was the first time Britain had been forced to sign an accord with indigenous people in the Caribbean.

By 1795, it became apparent to the local population that Britain had no intention of keeping to the treaty and rose in rebellion. This time, however, the Caribs were joined by a group of French radicals inspired by the ideals of the French Revolution. In the Second Carib War, Chatoyer divided the island with DuValle, another chieftain. Working his way along the coast, Chatoyer met up with his French supporters at Chateaubelair, and together the forces worked their way to Dorsetshire Hill, from where they would launch their attack on Kingstown.