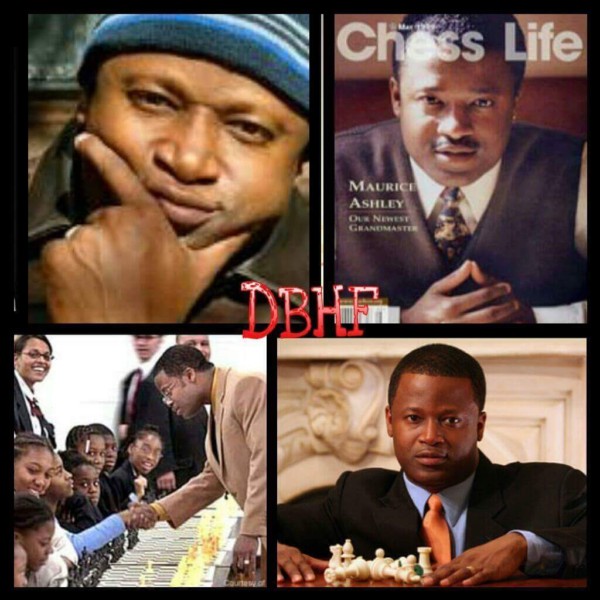 A graduate of New York City College, Ashley learned chess with a chess group known as the Black Bears School of Chess.

MORE ABOUT MAURICE: Maurice Ashley is a Chess grandmaster. In the October 2006 rating lists, he had a FIDE rating of 2465, and a USCF rating of 2520 at standard chess, and 2536 at quick chess. Ashley is associated with Chesswise.

In 2005 he wrote the book Chess for Success, relating his experiences and the positive aspects of chess. He was the main organizer for the HB global chess event, with the biggest cash prize in history for an open chess tournament. FIDE awarded him the grandmaster title in 1999.

Ashley and Englishman James Plaskett are the only two grandmasters to have made it to the studio stage of “Who Wants To Be A Millionaire?,” each in his respective country.

Always promoting chess among youth, Ashley coached the Raging Rooks of Harlem, and the Dark Knights (also from Harlem), both of which have won national championships under his guidance. In September 1999, he opened the Harlem Chess Center which has attracted such celebrities as Larry Johnson and Wynton Marsalis.

Ashley was named 2003 Grandmaster of the Year by the U.S. Chess Federation. He makes appearances all over the country speaking to young people and adults about chess and its benefits.