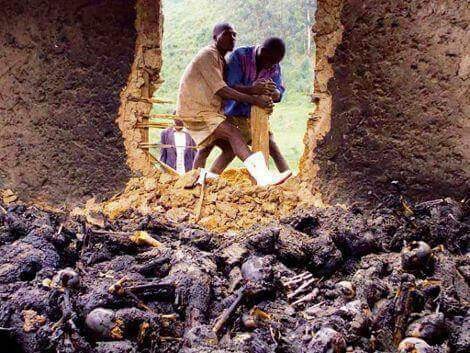 More than 800 members of the Ugandan cult Movement for the Restoration of the Ten Commandments of God die in what is considered to be a mass murder and suicide, orchestrated by leaders of the cult.
The Movement for the Restoration of the Ten Commandments of God was a breakaway religious movement from the Roman Catholic Church founded by Credonia Mwerinde, Joseph Kibweteere and Bee Tait in Uganda. It was formed in the late 1980s after Mwerinde, a brewer of banana beer, and Kibweteere, a politician, claimed that they had visions of the Virgin Mary. The five primary leaders were Joseph Kibweteere, Joseph Kasapurari, John Kamagara, Dominic Kataribabo, and Credonia Mwerinde. In early 2000, followers of the religious movement perished in a devastating fire and a series of poisonings and killings that were either a group suicide or an orchestrated mass murder by group leaders after their predictions of the apocalypse failed to come about.

In their coverage of that event, BBC News and The New York Times referred to the Movement as a Doomsday cult.

Read more about their beliefs & the aftermath at: Daily Black History Facts