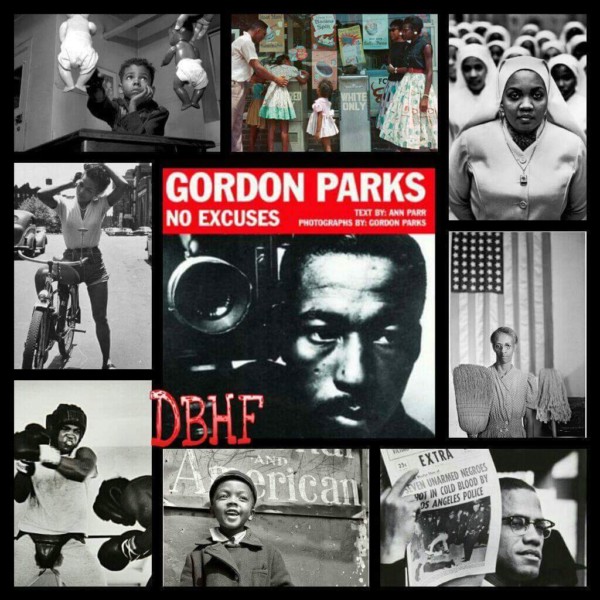 Parks died of Cancer at 93 while living in Manhattan, NY., and is buried in his hometown of Fort Scott, Kansas.

Gordon Roger Alexander Buchanan Parks was a photographer, musician, writer, film director and activist. He is best remembered for his photographic essays for Life magazine and as the director of the 1971 film, Shaft .

HIS BACKGROUND: Parks was born in Fort Scott, Kansas, the son of Sarah and Jackson Parks. He was the last child born to them. His father was a farmer who grew corn, beets, turnips, potatoes, collard greens, and tomatoes. They also had a few ducks, chickens, and hogs.

He attended a segregated elementary school. The town was too small to afford a separate high school that would facilitate segregation of the secondary school, but blacks were not allowed to play sports or attend school social activities, and they were discouraged from developing any aspirations for higher education. Parks related in a documentary on his life that his teacher told him that his desire to go to college would be a waste of money.

When Parks was 11 years old, 3 white boys threw him into the Marmaton River, knowing he couldn’t swim. He had the presence of mind to duck underwater so they wouldn’t see him make it to land.

Parks’ mother died when he was 14. He spent his last night at the family home sleeping beside his mother’s coffin, seeking not only solace, but a way to face his own fear of death. At this time, he left home, being sent to live with other relatives. That situation ended with Parks being turned out onto the street to fend for himself.

In 1929, he briefly worked in a gentlemen’s club, the Minnesota Club. There he not only observed the trappings of success, but was able to read many books from the club library. When the Wall Street Crash of 1929 brought an end to the club, he jumped a train to Chicago, where he managed to land a job in a flophouse.

Parks first met Genevieve Young in 1962 when he began writing The Learning Tree. At that time, his publisher assigned her to be his editor. They became romantically involved at a time when they both were divorcing previous mates, and married in 1973. They divorced in 1979.

For many years, Parks was romantically involved with Gloria Vanderbilt, the railroad heiress and designer. Their relationship evolved into a deep friendship that endured throughout his lifetime.

Gordon Parks fathered four children: Gordon Jr., David, Leslie, and Toni (Parks-Parsons). His oldest son Gordon Parks, Jr., whose talents resembled his father, was killed in a plane crash in 1979 in Kenya, where he had gone to direct a film.

Malcolm X honored Parks when he asked him to be the godfather of his daughter, Qubilah Shabazz.

Gordon Parks received more than 20 honorary doctorates in his name.

Read about his incredible legacy at: Daily Black History Facts