A Crime to Teach Blacks: Prudence Crandall’s Remarkable Attempt to Educate Blacks in the North

Slave owners were afraid if slaves were literate, they would be able to make a better life for themselves. Therefore, it was forbidden by law for blacks to read or write. Anyone caught teaching an enslaved man or woman to read or write was fined, but the punishment was worse for who were caught.

In the North, White mobs in several localities invaded black schools; during these raids, books were burned and teachers who dared to teach blacks were ran out of town. In 1833, a young black girl by the name of Sarah Harris applied for admission as a non-resident student of a boarding school operated by Prudence Crandall in Canterbury, Connecticut. She was accepted, and just about every parent of a child attending the school withdrew their child in protest. However, that did not stop Crandall from opening a school especially for black girls.

When citizens heard about the new school, they gathered and tried to burn the school down and threw manure at Crandall. Local doctors refused to treat her and the grocers and other stores stopped allowing her to patron them. A vagrancy law under which outsiders might be given ten lashes on their bare backs was invoked against the young black students, but abolitionists put up bonds for them.

Connecticut later passed a law against the free establishment of black schools. The law was aimed toward Prudence Crandall, but she refused to obey, which led to her arrest and overnight stay in jail. Crandall would not accept any bail money from friends as she wanted to call attention to her unfair persecution. Crandall was later convicted, but the conviction was later released due to a technicality.

Soon afterwards, a mob broke all the windows of her school building and endangered the lives of her and students. Crandall wanted to protect her students, so she made the decision to close the school and ultimately moved away from the area. 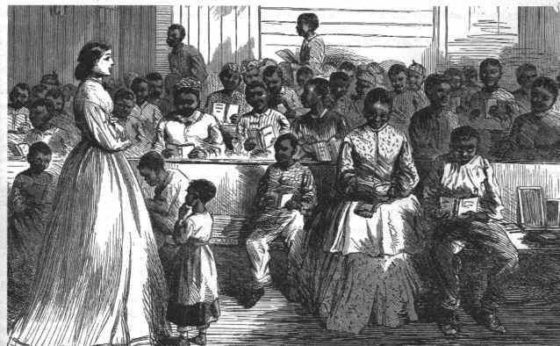