An American Story: Black And White Images Captured By ‘Teenie’ Harris That Tell The Musical History Of Black America In The 20th Century 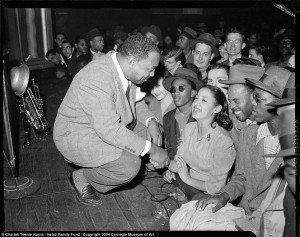 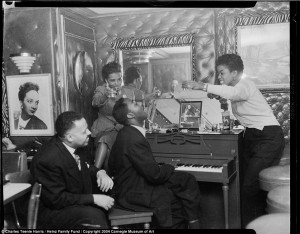 Jubilation: An undated photo of Frank Bolden, left, and Sarah Vaughan, right, with another woman and man at piano, in an unknown club with a portrait of Ann Baker 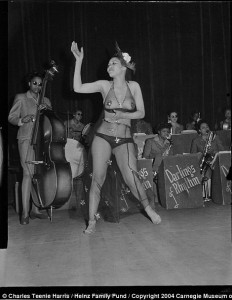 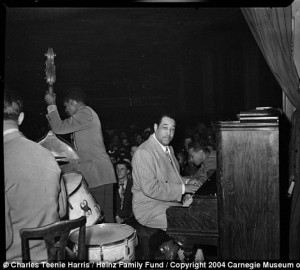 Inspired: Trumpet players Pete Henderson, Will Austin, Charles ‘Chuck’ Austin, and Tommy Turrentine, standing behind Will Smith with bongos, in Harris Studio, left, and a dancer performing in front of Darlings of Rhythm band, 1945, right 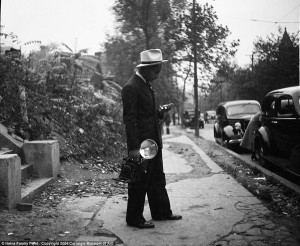 Behind the lens: Charles ‘Teenie’ Harris, holding his camera on the sidewalk at an unknown location, c 1938