Andrew Goodman: Participant in the Freedom Summer Movement of 1964 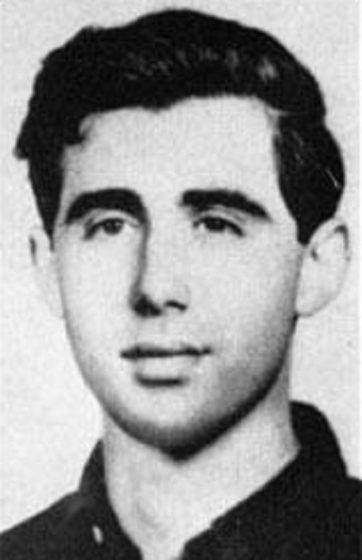 Andrew Goodman was a participant in the Freedom Summer movement of 1964.  He originally got his start in the civil rights movement after graduating from Walden School.  He was from the Upper West Side of New York; however, he left New York to train and improve his activism skills at Western College for Women.  At age 20, in June 1964 he took his talents down to Meridian, Mississippi, to help register blacks to vote.

Through the Mississippi Sovereignty Commission, spies were paid to give information about civil rights organizing.  The Commission was especially interested in out of state activists.

Less than 24 hours after Goodman arrived in Meridian, he went with fellow activists James Chaney and Michael Schwerner to investigate a church burning and violent beatings of church members in Neshoba County. As they were preparing to leave the area and return to Meridian, the three men were pulled over by local police for a supposed speeding violation. They were taken to a jail in Philadelphia MS but were released later that evening, only to be chased down and murdered by klan members, who had been alerted by local law enforcement about the young men’s release and route back to Meridian. The murderers buried the bodies in an earthen dam in Neshoba County, where they were discovered on August 4, after a federal investigation.

“I am one of the many who stand on the shoulders of giants like Andy. His death forever changed our Nation, and in his example, we are reminded of the difference we each can make when we summon up the courage to lift up the lives of others.”