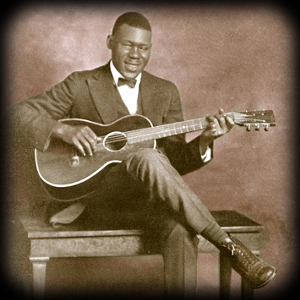 Arthur “Blind” Blake was an American blues and ragtime singer and guitarist. He is known for numerous recordings he made for Paramount Records. His first solo record was “Early Morning Blues” with “West Coast Blues” on the B-side.

It is believed that Blake was born in Jacksonville, Florida, or maybe in the Georgia Sea Islands, during the early 1880s or 90s. He went by several different names during his performing years.

Blake recorded about 80 tracks for Paramount Records from 1926 to early 1930s and became one of the most popular blues artists of the 1920s. Some of his greatest songs included hits “Diddie Wa Diddie” and “Hard Pushing Papa.”

He was one of the most accomplished guitarists of his genre and played a diverse range of material. Blake is also known for his complex fingerpicking technique that adapted ragtime to the guitar and laid the basis for the Piedmont blues style. His innovations greatly influenced later bluesmen.

He married Beatrice McGee around 1931. His final recording was made at the Paramount headquarters in Grafton, Wisconsin, just before the label went out of business in 1932.

The following year in April, Blake was hospitalized with pneumonia and never fully recovered. On December 1, 1934, after three weeks of decline, Beatrice Blake summoned an ambulance. He suffered a pulmonary hemorrhage and died on the way to the hospital. The cause of death was listed as pulmonary tuberculosis.