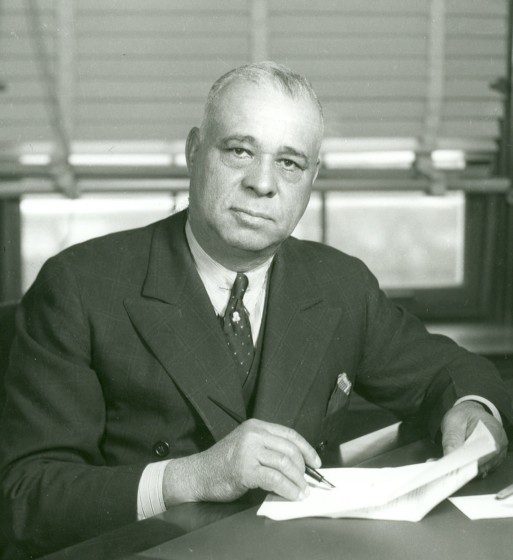 Arthur Mitchell was a U.S. Representative from Illinois. Mitchell was the first African-American to be elected to the United States Congress as a Democrat.

Arthur Wergs Mitchell was born near Lafayette Alabama on December 22, 1883, and was educated at Tuskegee Institute, Columbia University, and Harvard Law School.

Mitchell founded the Armstrong Agricultural School in West Butler Alabama and made his fortune in land speculation. He later relocated to Chicago to challenge Republican Incumbent Oscar DePriest for Congress in the 1934 election.

Mitchell’s election to Congress in 1934 initiated a change in black politics in Illinois and across the nation. He was elected to the 74th Congress in 1935, denouncing the Italian invasion of Ethiopia and condemning the Mussolini regime.

During the late 1930s, Mitchell traveled to Arkansas. As his train crossed the state line, Mitchell was forced to ride the rest of the way in a worn out “Jim Crow” car. He immediately challenged transportation segregation. His lawsuit advanced to the U.S. Supreme Court as case Mitchell v. the United States,  which ruled that the railroad violated the Interstate Commerce Act. He voluntarily chose not to seek re-election in 1942.  He moved to Virginia, where he worked as a farmer. Arthur Wergs Mitchell died on his on May 9, 1968.