August 5, 2014: John Crawford Is Shot To Death By Beavercreek Police 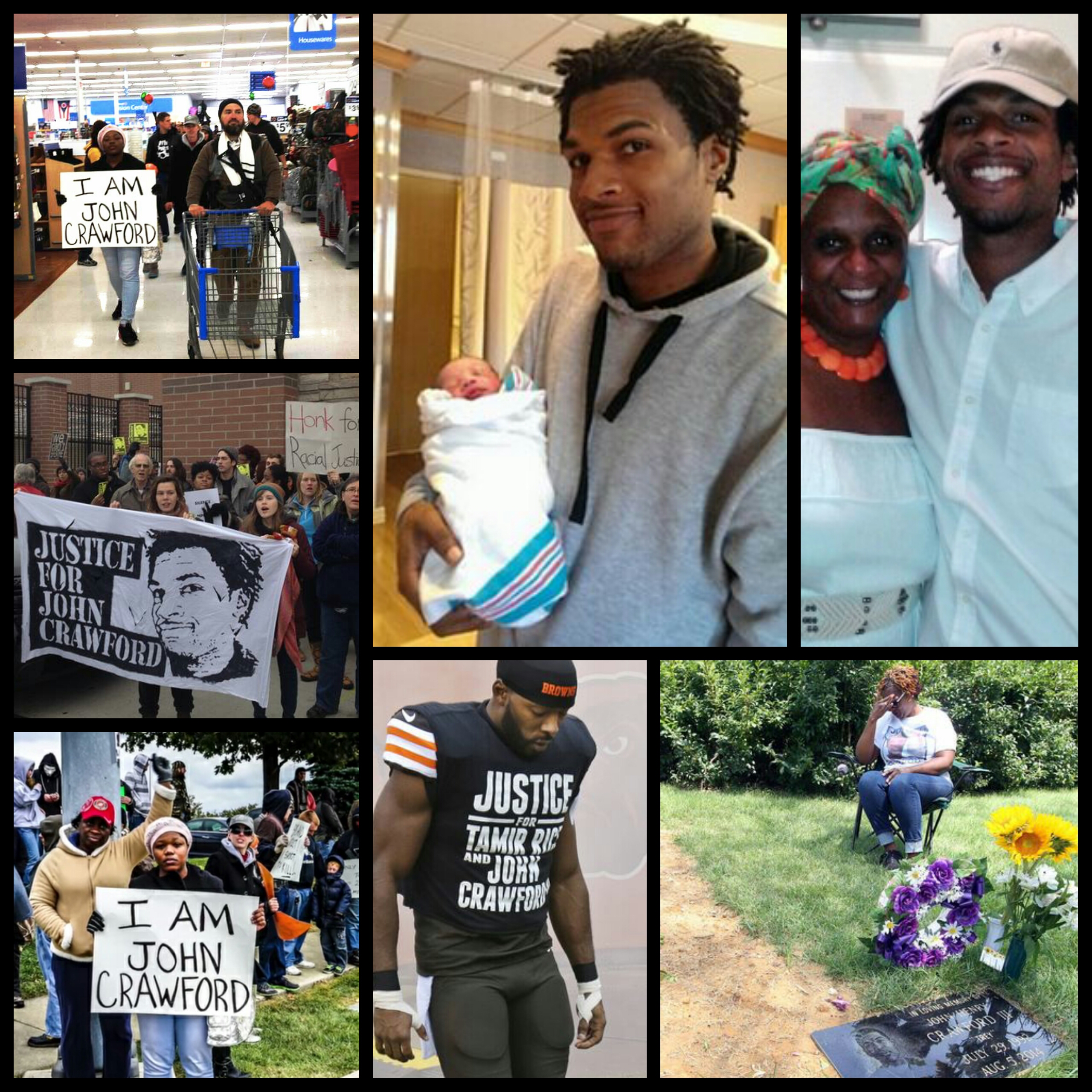 John Crawford was murdered by officer Sean Williams of the Beavercreek Police Department, in a Walmart store near Dayton, Ohio, while holding a toy BB gun.

A second person, Angela Williams, died after suffering a heart attack while fleeing from the shooting. Her death was ruled a homicide.

???Ohio is an “open carry” state, in which the open carrying of firearms is legal with or without a license, which prompted discussion of gun rights and race.???

THE MURDER: Crawford picked up the UNLOADED un-packaged BB/pellet air rifle inside the store’s sporting goods section and continued shopping in the store. Another customer, Ronald Ritchie, called 911. According to Ritchie at the time, Crawford was pointing the gun at people and at children walking by, and messing with the gun. Ritchie has since RECANTED, stating “At no point did he shoulder the rifle and point it at somebody”.

Two officers of the Beavercreek Police arrived at the Walmart shortly after their dispatcher informed them of a “subject with a gun” in the pet supplies area of the store and Crawford was shot. He was later pronounced dead at Dayton’s Miami Valley Hospital.

The officers CLAIM Crawford did not respond to verbal commands to drop the BB gun/air rifle and lay on the ground, and eventually began to move as if trying to escape. Believing the air-rifle was a real firearm, one of the officers fired two shots into Crawford’s torso and arm. He died of his injuries shortly afterwards.

THE STORE VIDEO: The shooting was captured by the store’s security video camera. Crawford was talking on his cell-phone while holding the BB/pellet air rifle, when he was killed.

Crawford’s mother states, the video shows the officers fired immediately without giving any verbal commands and without giving Crawford any time to drop the toy even if he had heard them.

REACTION: The incident received local and international coverage, in part due to the time of its occurrence; the recent police shooting of Michael Brown in Ferguson, Missouri and the subsequent unrest there had attracted public attention, as did the death of Eric Garner in Staten Island, New York, and the shooting of Tamir Rice in Cleveland.

AFTERMATH: The Guardian revealed in December that immediately after the shooting police aggressively questioned Crawford’s girlfriend, Tasha Thomas, threatening her with jail time. The interrogation caused her to sob uncontrollably, with hostile questions suggesting she was drunk or on drugs when she stated that Crawford did not enter the store with a gun. She was not yet aware of Crawford’s death at the time of the interrogation.

Following the shooting a grand jury decided not to indict any of the officers involved.

Crawford’s mother believes that the surveillance tape shows the police lied in their account of events, and has spoken out against the killing at a “Justice for All” march. The family has filed a wrongful death lawsuit against Walmart and the Beavercreek police department.

The family has created a petition on Change.org to call for the prosecution of the officer involved in the shooting of John Crawford. The petition is to make the officer who shot John Crawford be held accountable for his actions.