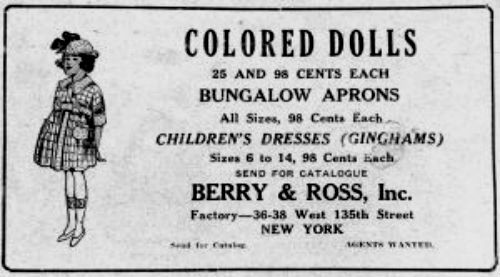 Berry & Ross was a black-owned doll company. The business was founded by Harlem residents, Evelyn Berry and Victoria Ross. The two women founded the company in 1918 and operated it until around 1929.

The doll company was the first which was operated by two African American women. The dolls sold not only appealed to black children but they were made to appeal to white children as well. Many of the dolls were sold in large department stores around Boston, New York, and Philadelphia.