Clinton Briggs was a 26-year-old soldier who had just returned to Star City, Arkansas, after serving in the United States Army during World War I. Due to allegations that Briggs had insulted a young white woman, he was lynched in September 1918.

Briggs registered for the draft on June 5, 1917. On his draft registration, he stated that he was working for a farmer named Alex Dutton. Briggs served in the army from June 19, 1918, until December 17, 1918, and was the recipient of the World War I Victory Medal and the World War I Victory Lapel Button. After the war, he returned home and continued working for Alex Dutton, he even settled down and married Cora Goudes.

Despite his services to the country, Briggs became a target of local whites, they wanted him to return to his former subordinate position. While walking down a sidewalk in early September 1919, Briggs reportedly stepped aside to allow a white couple to pass.

Apparently, the white woman brushed into Briggs, scolding him by saying, “Niggers get off the sidewalk down here.” When Briggs replied, “This is a free man’s country,” the woman’s escort seized him until others came with an automobile and carried Briggs outside of town.

Within a few hours, a white mob unable to find a rope to hang Briggs, took automobile chains, tied him to a tree and riddle his body with bullets. He was found several days later by a farmer. 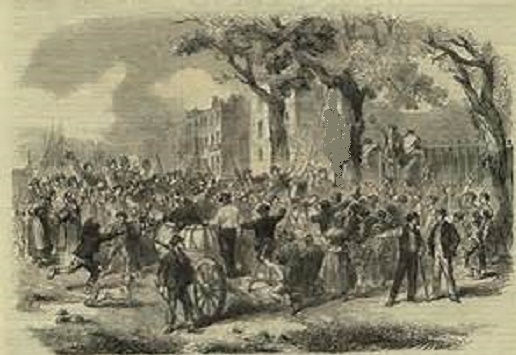