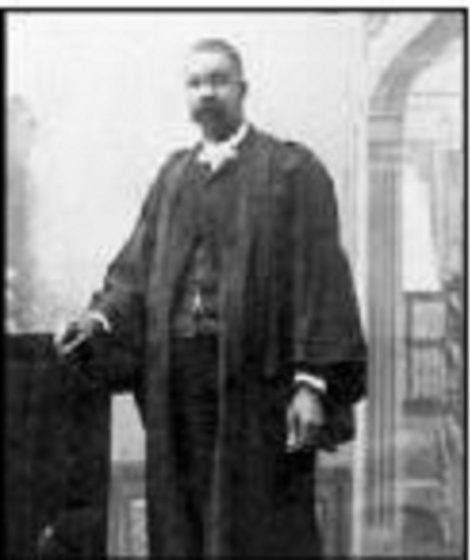 Delos Rogest Davis, KC was the first black lawyer in Canada. He is widely and erroneously considered to be the first Black lawyer in Canada. Davis came from the Colchester Township, Ontario area, and was the son of James Davis, a former slave from Virginia.
Davis was born in Maryland in 1846, the son of James Davis, a slave who came to Colchester Township, Canada West via the Underground Railroad. He started by teaching in school and then began to study law with Gordon Watts Leggatt and Charles Robert Horne of Windsor due to his dream of being a lawyer.

In 1868, Davis married Nancy Jane Mitchell. He qualified to practice as a notary public in 1873. Since he was not able to find a law office that was willing to let him article with them, in 1884, William Douglas Balfour introduced a special act allowing Davis to practice as a solicitor if he passed the required Law Society of Upper Canada test. A second special act allowed Davis to become a barrister and he was called to the bar in 1886.

On November 10, 1910, the Ontario Government appointed him a King’s Counsel, “the first Black so appointed in the United Kingdom of Great Britain and Ireland and the British Dominions”.

Davis set up practice in Amherstburg in 1887. From 1900 to 1905, he practiced with his son Frederick Homer Alphonso, who had graduated from Osgoode Hall. In 1907, he married Mary Jane Banks; his first wife had died in 1893 during childbirth. Davis was named King’s Council in 1910, the year after he retired from practice. He died at home near Amherstburg in 1915.