Domestic Jobs: Major Occupation Through the Years for African-American Women

Domestic jobs were a major occupation for African-American women for many years. As most people remember from the movie “The Help” many black households depended on the money to maintain their households. In addition to agricultural labor, female slaves knew what it was like to work in plantation owner’s homes and the practice continued as a poorly-paid occupation for freedwomen after the emancipation.

While a step up economically from the South, Chicago nonetheless presented newly arrived African American domestic workers with difficult conditions. As late as the 1930s, domestic servants complained of employers offering day work to the lowest bidder at the notorious “slave pens” at the corner of Halsted and Twelfth Streets. While single white women often utilized domestic work as a temporary stop on a track of upward mobility, most African American women were forced to make careers as domestic day workers or laundresses. 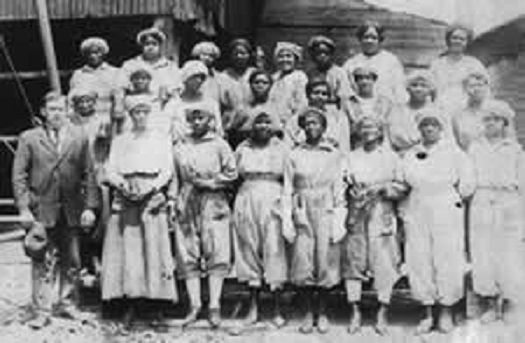 Although domestic jobs stayed the only jobs available to black women in the south well into the 1900s, young northern and Midwestern black women were able to find jobs working in textile and garment mills. Factory owners sought women out to work in the mills because they knew they could pay them less money. Employers assumed women only used their incomes as secondary to their husbands, never looking at it as the only income in unmarried situations. Many women preferred working in the mill jobs as opposed to cooking and cleaning for a wealthy white family. In some cases many of the women lived together in rooming houses away from their families. Some worked to be able to send money back home to help other family members.