Born in Oakland, California to Argee Barksdale, a Pullman porter, and Desoree Barksdale. Barksdale attended nearby Berkeley High School, where the basketball coach cut him from the team for three straight years because he wanted no more than one black player.

While unable to play on the basketball team in high school, he honed his playing skills in parks. Barksdale later played for two years at Marin Junior College. Before earning a scholarship to UCLA. A center for the Bruins, he became the first African American to be named consensus All-American in 1947. Barksdale was a member of Alpha Phi Alpha fraternity.

Barksdale played for the Oakland AAU team until the NBA began to integrate. While playing professional basketball, he started a career in radio broadcasting. In 1948, he became the first black radio disc jockey in the San Francisco Bay area. In 1951, he signed a lucrative contract with the Baltimore Bullets and entered the NBA as a 28-year-old rookie. He would be one of the first African-Americans to play in the NBA after Nathaniel Clifton, Chuck Cooper, Earl Lloyd and Hank DeZonie had joined the league in 1950. While with the Bullets, he became the first African-American to appear in an NBA All-Star Game, in 1953. Barksdale died on March 8, 1993. 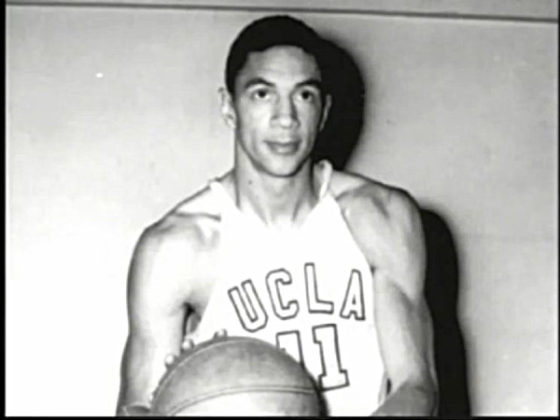 Don Barksdale
« Previous PostJames T.Rapier: Rose to Political Prominence During the Reconstruction Era Next Post »A talk most of us have had or will have to have at some point. The Loss Of Innocence: A Conversation With My Black Son (VIDEO)