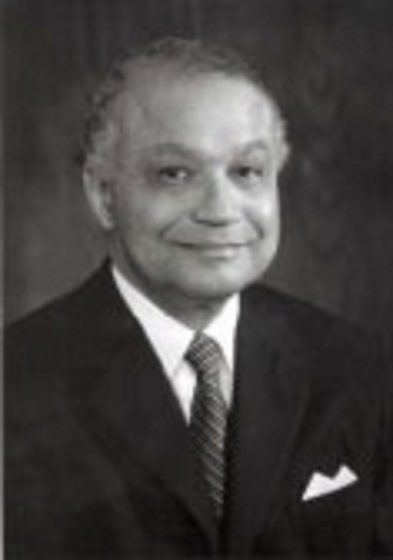 Dr. Edward Sawyer Cooper once led the fight to eradicate the deadly toll of heart disease and strokes in the United States. Cooper became the first African-American elected president of the American Heart Association.

Cooper was born in 1926 and is the son of the late Dr. and Mrs. Henry Howard Cooper. He attended Columbia’s Booker T. Washington High School, where excellence and achievement were stressed. From there he traveled to Lincoln University in Pennsylvania, where he earned his BA in 1946. Meharry Medical College in Nashville awarded Cooper his MD with highest Honors in 1949, and he received an honorary MA from the University of Pennsylvania in 1973. Dr. Cooper served his internship and residency at the former Philadelphia General Hospital and later went on to fill the posts of Fellow in Cardiology, President of the Medical Staff, and Chief of Medical Services. Cooper acquired most of his education by attending traditional black schools, his career is proof of the quality education he received while at the schools.

Dr. Cooper also cofounded and codirected the Stroke Research Center at Philadelphia General Hospital. As a Captain in the Air Force from 1954 to 1956, Dr. Cooper was Chief of Medical Services for the United States Air Force Hospital in the Philippines. He has received numerous awards and honors including the American Heart Association Award of Merit, the Heart of Philadelphia Award, Distinguished Alumnus Awards form Lincoln and Meharry, and the Charles Drew Award for Distinguished Contributions to Medical Education.

Dr. Cooper became the first African-American president of the American Heart Association (AHA) on June 1992, an organization he had served for over 30 years. He chaired the Stroke Council Association as well as the writing committee that produced the AHA’s scientific statement: Cardiovascular Disease and Stroke in African-American and Other Racial Minorities.