Dr. James Herbert Cameron, Jr. is best known as a prolific writer, a survivor of lynching, and a founder of the Black Holocaust Museum.

Dr. Cameron was born in LaCrosse, Wisconsin, to a father who worked as a barber and was extremely abusive. By the time he turned seven years old, his parents had divorced. After the divorce, his mother, who was a very loving and religious woman, moved the family to Indiana to be near family.

At the age of 16, he ran into serious trouble, as he and two other black teenagers were brutally lynched. Although Thomas Shipp and Abram Smith died, with the rope already around his neck his life, Cameron was spared. He was later tried and convicted as an accessory to the murder that sparked the lynching. While in prison, he began writing a memoir, the story of his life up to the age of 21.

No publisher would take his book, so in 1982, he self-published and sold 4,000 copies out the trunk of his car. In 1994, his book was republished by Black Classic Press with the title, A Time of Terror: A Survivor’s Story.

He later studied at Wayne State University to become a boiler engineer and worked until he was 65. At the same time, he continued to study lynchings in the context of race and civil rights in America. Because of his personal experience, Dr. Cameron dedicated his life to promoting civil rights, racial unity, and equality. While working in a variety of jobs in Indiana during the 1940s, he founded three chapters of the National Association for the Advancement of Colored People (NAACP).

Dr. Cameron became a brilliant, well-read, self-taught historian and lecturer. He gave many interviews on national television, including on Larry King Live, the Oprah Winfrey Show, and the 700 Club. Dr. James Cameron died in 2006 at the age of 92. 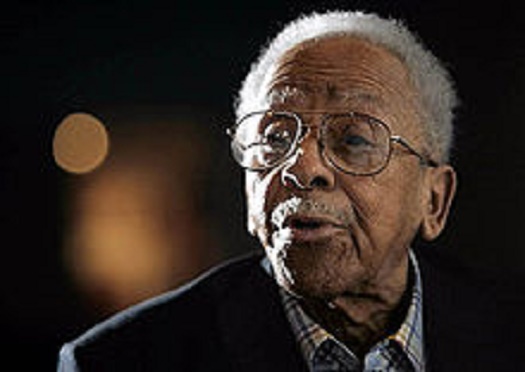