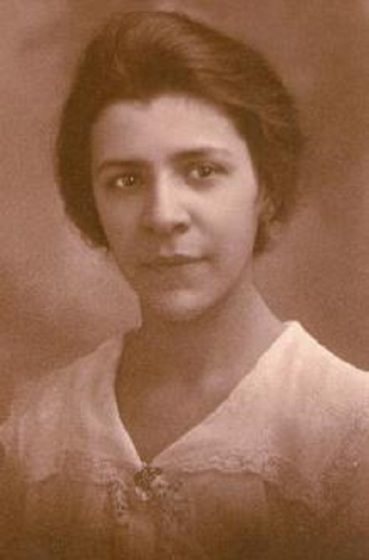 Esther Popel was an African-American poet of the Harlem Renaissance and an activist and educator. She was a writer and editor for magazines, including The Crisis, the Journal of Negro Education, and Opportunity.

Popel was born on July 16, 1896 to Joseph Gibbs and Helen King Anderson Popel of Harrisburg, PA. The 1900 census indicates that her father was a letter carrier and the family lived at 703 State St.

She graduated from Central High School in Harrisburg in 1915 and enrolled at Dickinson the following fall. She was the first African-American woman to enroll at the college. Esther commuted to campus daily, as Dickinson did not permit African Americans to live on campus at the time. Esther elected to pursue the Latin Scientific curriculum, which emphasized modern languages. She studied French, German, Latin, and Spanish. While at Dickinson, Esther received the 1919 John Patton Memorial Prize, an academic award granted annually to one student from each class.

Esther graduated from Dickinson in 1919. Her academic achievements earned her the distinction of being initiated into the national academic honor society Phi Beta Kappa.

Following graduation, Esther worked briefly for the Bureau of War Risk Insurance in Washington, DC. She married William Andrew Shaw on April 11, 1925. According to a wedding announcement in the May 1925 Dickinson Alumnus, William was a graduate of the Philadelphia College of Pharmacy and was employed as a chemist in Chicago. The couple’s daughter, Esther Patricia, was born on June 1, 1926.

Esther had a long career as a teacher. She taught for short periods at Douglass Junior High in Baltimore and Shaw Junior High in Washington, DC, before accepting a position at Francis Junior High in DC, where she taught from the late 1920s until her retirement in 1952. During her teaching career, Esther led classes in French, Spanish, English, algebra, and penmanship.

In addition to establishing a career as a teacher, Esther is recognized as a poet of the Harlem Renaissance, a period in the early twentieth century when African-American art, literature, and culture flourished. She self-published her first collection of poems, Thoughtless Thinks by a Thinkless Thoughter, while in high school. In 1934 she published the anthology A Forest Pool and dedicated it to the memory of her mother, who had passed away recently.

She wrote the poem “Flag Salute” in response to the October 18, 1933 lynching of George Armwood. The young African American man was accused of attacking an elderly white woman named Mary Denston in Princess Anne, MD. The incident received a large amount of press coverage. The Crisis printed Esther’s poem in August 1934 and featured it on the cover of the November 1940 issue.

Esther also served on the editorial board for the Negro History Bulletin, a publication of the Association for the Study of Negro Life and History, established by Carter G. Woodson, the father of black history. When Woodson passed away in 1950, Esther was named among those who would carry on his legacy. Esther also regularly published book reviews in The Journal of Negro History and The Journal of Negro Education, in which she voiced her opinions about race relations in the United States.

Esther was also a member of Delta Sigma Theta, an African American sorority still active today, which advocated for access to quality education, women’s suffrage, and the rights of African Americans. A heart condition forced Esther to retire from teaching in 1952. In her retirement, she took up painting. She passed away from a stroke on January 28, 1958.