Corbin Reid was born and raised in Minneapolis, MN. Her acting roots began in theater receiving a BFA from the University of Michigan (Ann Arbor). Almost immediately after graduating she moved to NYC and performed on Broadway in American Idiot, Sister Act and Rent. In 2014, she starred in the pilot Words With Girls produced by Issa Rae which had its world premiere at HBO and BET’s Urbanworld Film Festival. In 2015, she landed a lead role as Ashley in the Blair Witch sequel. 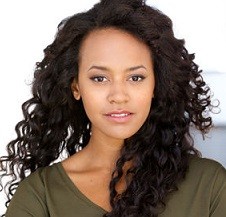