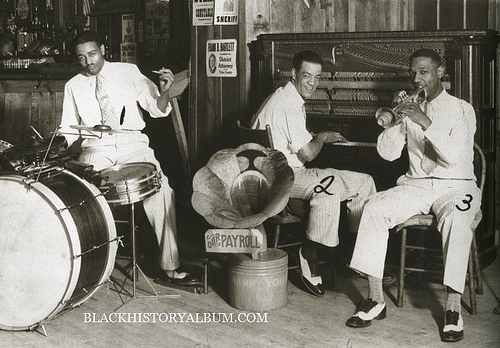 In a photo that we found on Black History Album , we see this great image called “Jam | 1940s” . The picture shows A group of African American jazz musicians during a warm up session in a bar/nightclub in Oakland, CA. 1940s. Addison Scurlock (1883-1964), photographer.

[img_tags]
« Previous PostThis Is The First African American In The World To Receive The Nobel Peace Prize Next Post »The Elizabeth Key-Grinstead Case of 1655 Pt. 1