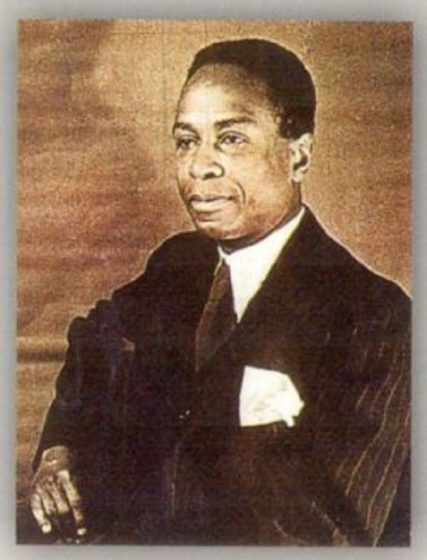 George Padmore was a journalist, radical activist, and theoretician. Padmore is recognized as a leading force behind helping to shape the theory and discourse of the Pan-African anti-imperialism in the first half of the twentieth century.

Padmore was born Malcolm Nurse in Trinidad in 1901. He moved to the United States in 1925 to study at Fisk and Howard Universities. In 1928, he dropped out of Howard”s law school and joined the American Communist Party. Quickly rising in Party ranks as an expert on race and imperialism, Padmore moved to Moscow, USSR in 1929 to head the Comintern”s International Trade Union Committee of Negro Workers and to edit the Negro Worker.

Padmore published the influential pamphlet, The Life and Struggles of Negro Toilers in 1931. By 1933, the Comintern suspended publication of the Negro Worker and disbanded the Trade Union Committee of Negro Workers, prompting Padmore to split acrimoniously with the Party. In subsequent years Padmore would become a fervent anti-Communist, denouncing the Comintern’s alleged manipulation of black freedom struggles in his 1956 book Pan-Africanism or Communism? However, throughout his life, he continued to unite with activists and trade unionists on the radical left around the issue of anti-colonialism.

Padmore settled in London, UK in 1936. There he helped foster a radical milieu of Pan-Africanist intellectuals that included Padmore’s childhood friend, the Trotskyist theorist C.L.R. James. Padmore was a principal organizer of the Manchester Pan-African Congress in 1945, which helped lay the foundation for postwar African colonial liberation movements. Throughout this period Padmore’s articles and essays were printed regularly in the Chicago Defender, the Pittsburgh Courier, and The Crisis, as well as in newspapers throughout Britain, West Africa, and the Caribbean. George Padmore died after a short illness in 1959.