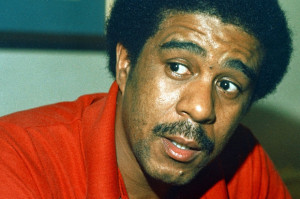 Richard Pryor was born on December 1, 1940, in Peoria, Illinois. A class clown in school and a community theater actor in his teens, Pryor became a successful stand-up comedian, television writer and movie actor, starring in films like Stir Crazy and Greased Lightning. Pryor was diagnosed with multiple sclerosis in 1986, but continued to perform for several more years. He died of a heart attack in 2005.