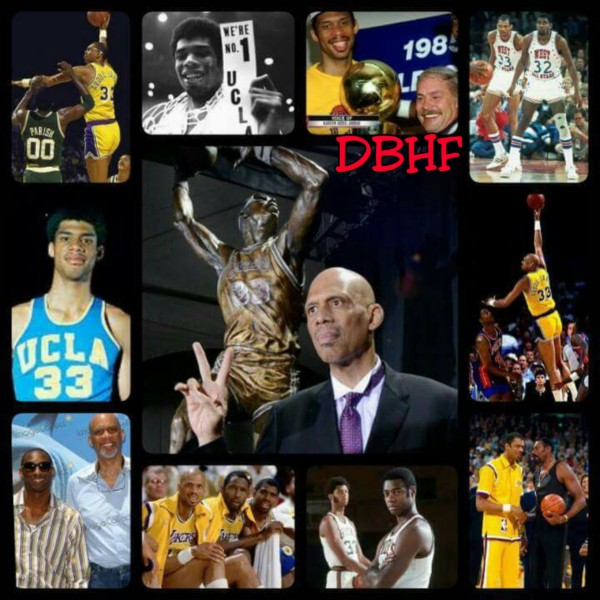 During his career as a center, Abdul-Jabbar was a record 6-time NBA MVP, a record 19-time NBA All-Star, a 15-time All-NBA selection, and an 11-time NBA All-Defensive Team member. A member of 6 NBA championship teams as a player and two as an assistant coach, Abdul-Jabbar twice was voted NBA Finals MVP.

In 1996, he was honored as one of the 50 Greatest Players in NBA History. NBA coach Pat Riley and players Isiah Thomas and Julius Erving have called him the greatest basketball player of all time.

After winning 71 consecutive basketball games on his high school team in New York City, Lew Alcindor attended college at UCLA, where he played on three consecutive national championship basketball teams and was a record three-time MVP of the NCAA Tournament. Drafted by the one-season old Bucks franchise in the 1969 NBA Draft with the first overall pick, Alcindor spent 6 seasons in Milwaukee. After winning his 1st NBA championship in 1971, he adopted the Muslim name Kareem Abdul-Jabbar at age 24.

Using his trademark “skyhook” shot, he established himself as one of the league’s top scorers.

In 1975, he was traded to the Lakers, with whom he played the last 14 seasons of his career and won five NBA championships. Abdul-Jabbar’s offensive contributions were a key component in the “Showtime” era of Laker basketball.

He remains the all-time leading scorer in the NBA, and is ranked 3rd all-time in both rebounds and blocks.

In 2007 ESPN voted him the greatest center of all time and in 2008 they named him the “greatest player in college basketball history”. Abdul-Jabbar has also been an actor, a basketball coach, and a best-selling author.

In 2012, he was selected by Secretary of State Hillary Clinton to be a U.S. global cultural ambassador.