Forever in Our Hearts: Happy Birthday, Emmett Till !!!

Emmett Louis Till was an young black boy who was murdered in Mississippi at the age of 14 after reportedly flirting with a white woman.

Till was from Chicago, Illinois. At the time, he was visiting his relatives in Money, Mississippi, when he spoke to 21-year-old Carolyn Bryant, the married proprietor of a small grocery store there. Several nights later, Bryant’s husband Roy and his half-brother, J. W. Milam, arrived at Till’s great-uncle’s house where they took Till, transported him to a barn, beat him, and gouged out one of his eyes. He was shot through the head and his body, along with a 70-pound cotton gin fan tied around his neck with barbed wire, was disposed of in the Tallahatchie River. Till’s body was discovered and retrieved from the river three days later.

Till was returned to Chicago and his mother, who had raised him mostly by herself, insisted on a public funeral service with an open casket to show the world the brutality of the killing. Tens of thousands of mourners attended his funeral or viewed his casket. Images of his mutilated body were published in black magazines and newspapers, rallying popular black support and white sympathy across the U.S. Intense scrutiny was brought to bear on the condition of black civil rights in Mississippi, with newspapers around the country critical of the state.

Although initially local newspapers and law enforcement officials decried the violence against Till and called for justice, they soon began responding to national criticism by defending Mississippians, which eventually transformed into support for the killers. 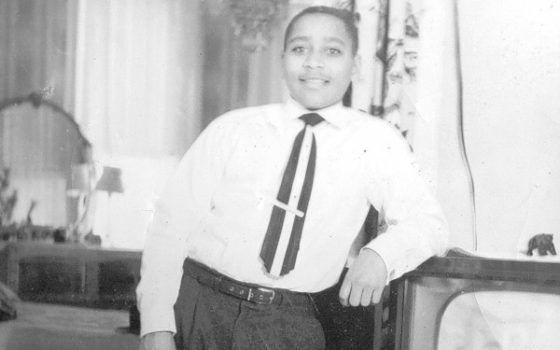