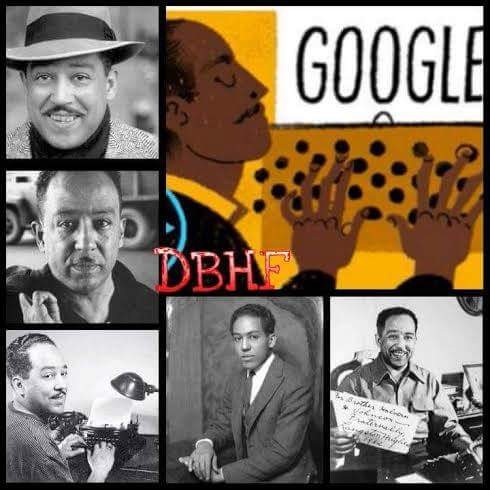 James Mercer Langston Hughes was a poet, social activist, novelist, playwright, and columnist. He was one of the earliest innovators of the then-new literary art form called jazz poetry.

Hughes is best known as a leader of the Harlem Renaissance. He famously wrote about the period that “the negro was in vogue”, which was later paraphrased as “when Harlem was in vogue”.

📚1935: Hughes was awarded a Guggenheim Fellowship, which allowed him to travel to Spain and Russia.

📚1941: Hughes was awarded a fellowship from the Rosenwald Fund.

📚1960: the NAACP awarded Hughes the Spingarn Medal for distinguished achievements by an African American.

📚1961: National Institute of Arts and Letters.

📚1973: the first Langston Hughes Medal was awarded by the City College of New York.

📚The Langston Hughes House was listed on the National Register of Historic Places in 1982.

📚2002: The United States Postal Service added the image of Langston Hughes to its Black Heritage series of postage stamps.