Anderson was born on July 10, 1905 in Gilroy, California. Her mother’s name is unknown, her father was Jobe Smith. From age nine to thirteen, Anderson attended St. Mary’s Convent and studied voice. At Gilroy grammar and high school, she joined glee club and choral society. She also studied voice under Sara Ritt while in Nannie H. Burroughs Institution in Washington D.C.

Anderson’s singing career officially started around 1921 when she performed in Los Angeles, California. From 1922 to 1923, she was brought to New York City by joining a pioneering African-American musical revenue Shuffle Along. By 1924 and 1925, she had already performed in various locations such as Cuba, the Cotton Club in New York City, and Los Angeles with the bands of Paul Howard, Curtis Mosby, and Sonny Clay.

From 1930 to early 1931, Anderson spent twenty weeks at the Grand Terrace in Chicago, Illinois, with pianist Earl Hines’s band. In February 1931, she officially joined Duke Ellington’s orchestra band. Anderson’s singing career for the next dozen years was mainly based on touring in various areas within the United States alongside Ellington’s band. Anderson was very popular as an entertainer with Ellington as well, often receiving prominent billing on advertisements for Ellington’s appearances in theatres, auditoriums, arenas and ballrooms, wherever the Ellington band toured in the 1930s.

Anderson also appeared as a singer in the Marx Brothers movie A Day at the Races (1937) and the same year in Hit Parade of 1937 (as Ivy Anderson). There are still some dates of events in Anderson’s life unknown, however, it is known that she opened Ivie’s Chicken Shack in Los Angeles alongside Marque Neal after the married. The business was later sold when they divorced. Anderson married a  second time with Walter Collins but no children. Due to chronic asthma, Anderson left Ellington’s band in 1942 After suffering for years from asthma, Ivie Anderson died in Los Angeles, California. 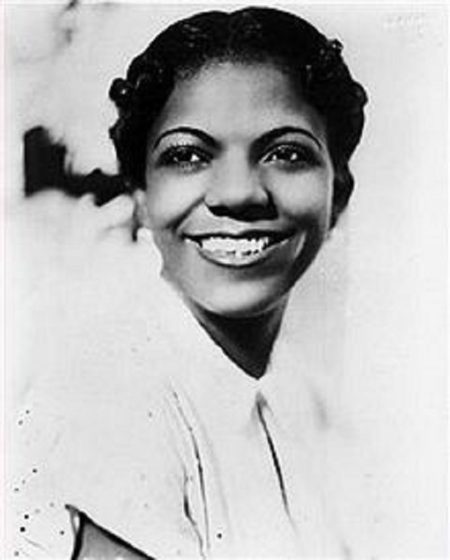 « Previous PostArthur Alexander: Talented Country-Soul and Rhythm & Blues Singer Next Post »The Truth About Why Some Free Blacks Owned Slaves