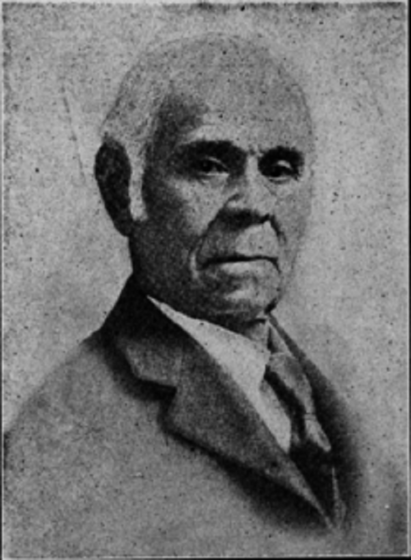 James M. Bell was a poet, brick mason and plasterer and politician.

Bell was born in Gallipolis, Ohio. He moved to Cincinnati in 1842 where he lived with his brother-in-law George Knight and worked as a plasterer. In the evenings, he attended Cincinnati High School for Colored People, which had been established by Reverend Hiram S. Gilmore. In his studies, Bell was exposed to ideas of abolitionism.

In 1854, Bell and his family moved to Chatham, Ontario in Canada, where he became involved with politics. In Canada, he became friends with John Brown and supported his raid on Harpers Ferry in 1859.

In 1960, Bell moved to San Francisco where he continued activism and wrote poetry on the themes of abolition. As a writer, Bells early poems frequently addressed the issue of emancipation, and this was a constant theme in his poetry. He moved to California in 1860 remaining till the end of the Civil War. Throughout the war, he spoke out against slavery and for the emancipation of slaves in the US and the West Indies. Bell’s Publications include: “The Day and the War,” Emancipation Day poem, dedicated to John Brown and “Valedictory of Leaving San Francisco California.” He wrote his most famous poem, The Progress of Liberty, in celebration of the Emancipation Proclamation. A biography of Bell can be found in Firffith Brawley’s Work “The Negro Genius.” (1931). Bell became one of the most well-known American black poets of the nineteenth century.

Bell was also active in the African Methodist Episcopal (AME) Church and became superintendent of the AME Sunday School from 1870-1873. Bell continued to travel around as an orator until 1890 when he settled down with his family in Toledo, Ohio. In 1901 Bell published 27 of his poems, which he called “The Poetical Works of James Madison Bell” 1901. James Madison Bell died in Toledo Ohio in 1902.

For 40 years he wrote, published and gave public readings of his orations in verse. Bell, who called Chatham, Canada home for a decade, recited his poetry to the refugees as well as Chester A. Arthur, the 21st President of the United States of America. After moving to Canada, Bell married Louisiana Sanderline. He also became acquainted with John Brown, assisting in raising funds for Brown’s efforts to assist the Negro slaves. Some of Bells support helped in funding Brown’s in the raid at Harper’s Ferry in 1859.

James M. Bell
« Previous PostBlack American Businesswoman Maggie Walker Made History on Today's Date in 1903 Next Post »The Founding Fathers And Their Commitment To Slavery