Julius “Nipsey” Russell was a comedian best known for his appearances on game shows throughout the 1960s and 1990s. He appeared on shows including Hollywood Squares, Password, Match Game, and Pyramid, and also known for humorous poems he would recite during broadcasting of the shows. For those people who remember “The Wiz,” he had a leading role as the Tin Man.

Russell was born in Atlanta, Georgia. He attended Booker T. Washington High School and later attended the University of Cincinnati for a semester in 1936. He served as a medic in the United States Army during World War II, enlisting as a private on June 27, 1941, and returning from Europe in 1945 as a second lieutenant.

He knew he had a knack for making people laugh in the 1940s when he worked as a carhop at the Atlanta drive-in, The Varsity, as he often earn good tips for making customers laugh. However, he was later discovered performing in nightclubs in the 1950s. In the mid-1950s, Russell joined forces with the popular movie comedian Mantan Moreland for a stage act, replacing Ben Carter as Moreland’s dapper straight man. He later became the first black performer to become a regular panelist on a daily network game show when he joined ABC’s Missing Links in 1964.

From there, he went on to appear on several other game shows and on The Tonight Show during the Johnny Carson era. Russell’s final TV appearance was as a panelist on a game show-themed week on the final season of the Tom Bergeron version of Hollywood Squares. Russell died in 2005 at the age of 87. 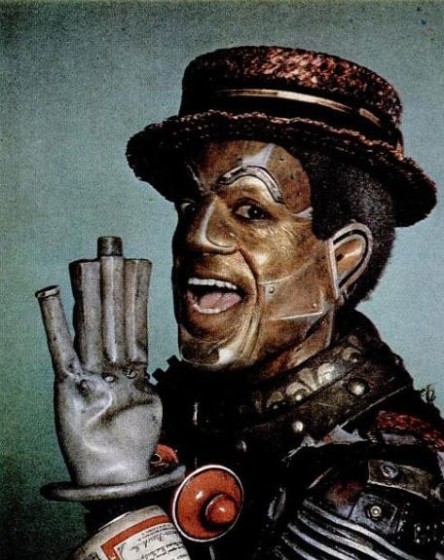