June 20, 1967: In Houston, after only 21 minutes of deliberation, Muhammad Ali was found guilty of violating the Selective Service Act by refusing induction into the armed services on the grounds of religion. He was fined $10,000 and sentenced to 5 years in prison.

After a Court of Appeals upheld the conviction, the case went to the U.S. Supreme Court. During this time, the public began turning against the war and support for Ali began to grow. Ali supported himself by speaking at colleges and universities across the country, where opposition to the war was especially strong.

On June 28, 1971, the Supreme Court reversed his conviction for refusing induction by unanimous decision in Clay v. United States. The decision was not based on, nor did it address, the merits of Clay’s/Ali’s claims per se; rather, the government’s failure to specify which claims were rejected and which were sustained constituted the grounds upon which the Court reversed the conviction. 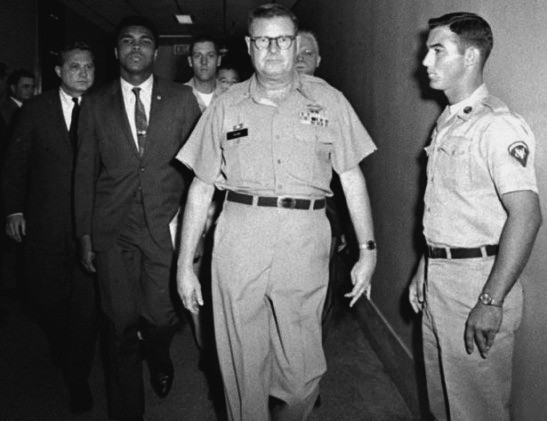