Kelly Miller Jr. was a national figure in the debate on race in the United States. From his leadership at Howard and through his prolific writings, Miller became well-known.

Miller was born on July 18 or 23, 1863, in Winnsboro, South Carolina, to Kelly Miller, Sr., a free black man, and Elizabeth Roberts, a slave. His father was a Confederate army veteran. Miller’s initial education was at a grammar school in Winnsboro. His considerable skill in mathematics drew the attention of Willard Richardson, a northern missionary. By 1878 Miller was attending Fairfield Institute, also in Winnsboro. Two years later he was awarded a scholarship to the preparatory department of Howard University in Washington, D.C.

After completing college in 1886, Miller pursued studies in the sciences and mathematics with Captain Edgar Frisly, a British mathematician at the U.S. Naval Observatory.

Miller later became the first black to attend Johns Hopkins University in Baltimore, but money problems forced him to withdraw during his junior year. In 1890, he was hired as a mathematics professor at Howard University. He remained there throughout his professional career. He received his M.A. (1901) and LL.D. (1903) from Howard.

In 1907 Miller was appointed the dean of Howard’s College of Arts and Sciences. He remained an active teacher and administrator until his retirement in 1934. His influence on Howard University in the early twentieth century was such that the school was known to many as “Kelly Miller’s University.”
Miller was also a prolific author. He wrote several articles and pamphlets, many of which were open letters challenging the racial views of public figures. In 1913, he began his own journal, Kelly Miller’s Monographic Magazine. His 1917 pamphlet “The Disgrace of Democracy: An Open Letter to President Woodrow Wilson” sold more than 250,000 copies.

By 1912 Miller was actively assisting Du Bois with editing Crisis, the official journal of the National Association for the Advancement of Colored People (NAACP). They became estranged in the 1930s. Miller died at his Washington, D.C., home on December 29, 1939. 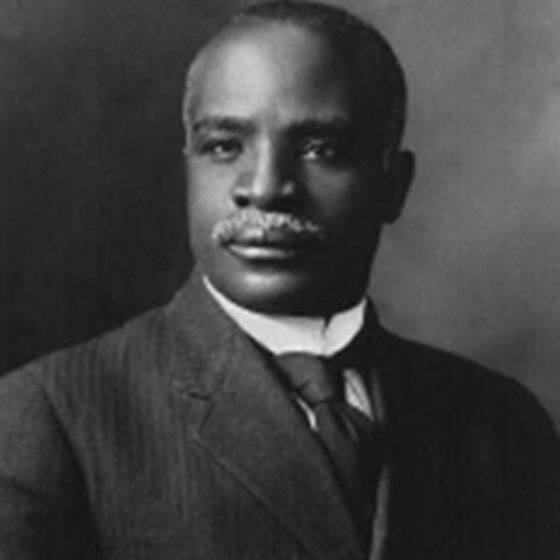