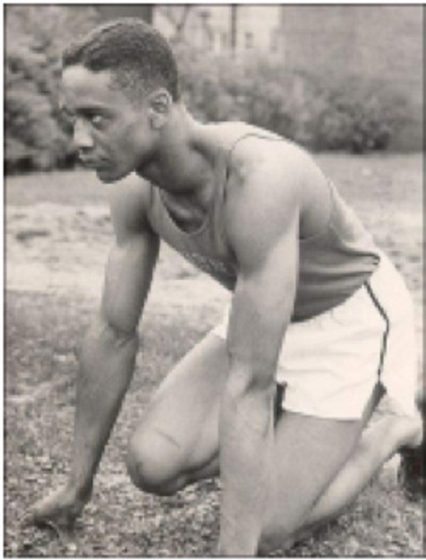 Lorenzo Christopher Wright was well-known for his skills in track and field. He was nicknamed “the one man track.” He was a standout at Wayne State from 1945-1949 and was a Gold Medal Winner in the 1948 Olympics as part of the 400-meter relay team, after being selected to compete in the long jump and placing fourth.

Wright was born in 1926 and was a Detroit native. He attended Miller High School and after graduation enrolled at Wayne State from 1945 to 1949.

While attending Wayne State, Wright was a two-time Penn Relays long jump champion, as well as a member of Wayne State’s 440 and 880 yard championship and record-setting times at the Penn Relays. His Wayne State University indoor and outdoor long jump marks as well as records in the 100-meter and 220-yard dash still stand.

After college, Wright coached at his alma mater, Miller High, as well as Eastern and Southwestern Highs, as the track and swimming coach. In 1968, he was named supervisor of Detroit Public Schools Athletics. He was inducted posthumously into the Michigan State Sports Hall of Fame in 1973 and in 1976 as a charter member of the Wayne State University Athletic Hall of Fame. Lorenzo Wright died in March 1972.